with Sell Out Shows...

we are The Darkside of Pink Floyd

Read this epic review from our gig at Komedia Brighton !

Due to the demand for their faithful reproduction of Pink Floyd’s classic music, The Darkside of Pink Floyd are a regular feature at major National music venues, festivals and theatres. They were also the first band to play a live public performance inside the prehistoric caves of the world famous Kents Cavern and they’ve had five sell-out concerts deep underground at Carnglaze Caverns as part of their highly acclaimed ‘Echoes of the Past’ tour.

The band are regulars at the World’s Biggest and Best Tribute Festival, having played and headlined, to capacity crowds at Glastonbudget for the last six years. The show has received rave reviews from audiences and critics alike…

“the best Floyd show I’ve seen in 25 years . . and I’ve seen them all” – Brighton Magazine.
“WOW . . Absolutely fantastic ! Put them on your must see list” – BBC Radio Cornwall.
“A more intense tribute band than The Darkside of Pink Floyd is hard to imagine” – The Stage.

…and some lovely words from a fan in Devon, “saw these guys at the BMAD festival last summer, I’d gravitated to the beer tent drawn by the opening chords of Floyd’s Speak to Me that some enlightened soul was apparently playing through the PA. Not until inside did it become apparent that this was not the CD but being played live on the stage! The band was The Darkside of Pink Floyd, and they were stunning, delivering a cultured, authentic and beautifully produced set of Floyd classics to a packed and enthusiastic audience that just kept growing throughout the performance as people young and old were drawn to the large stage. You will have to travel a long way to see a better Floyd Tribute”.

The Darkside of Pink Floyd played sell-out shows during 2019 and have been rehearsing new material ready for the opening of theatres that have been closed due to the Covid Pandemic. The 2022 touring show now has an all new, fully automated laser light and classic Floyd video show together with a larger circular screen at venues that can accommodate its size. Come and get ‘Comfortably Numb’. 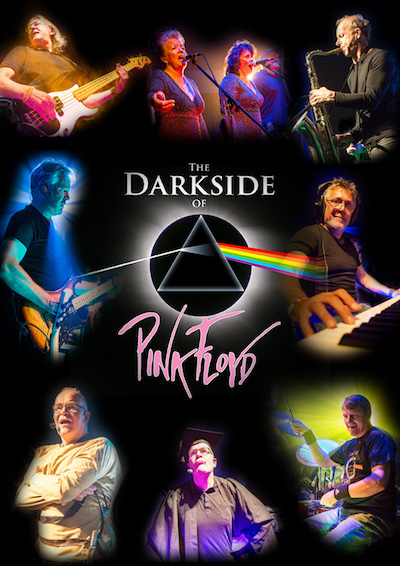 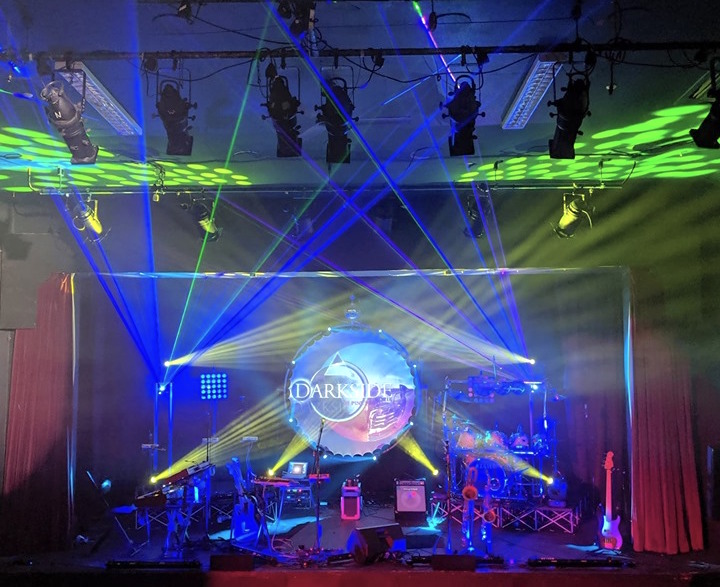 At long last, we’re back and raring to play again 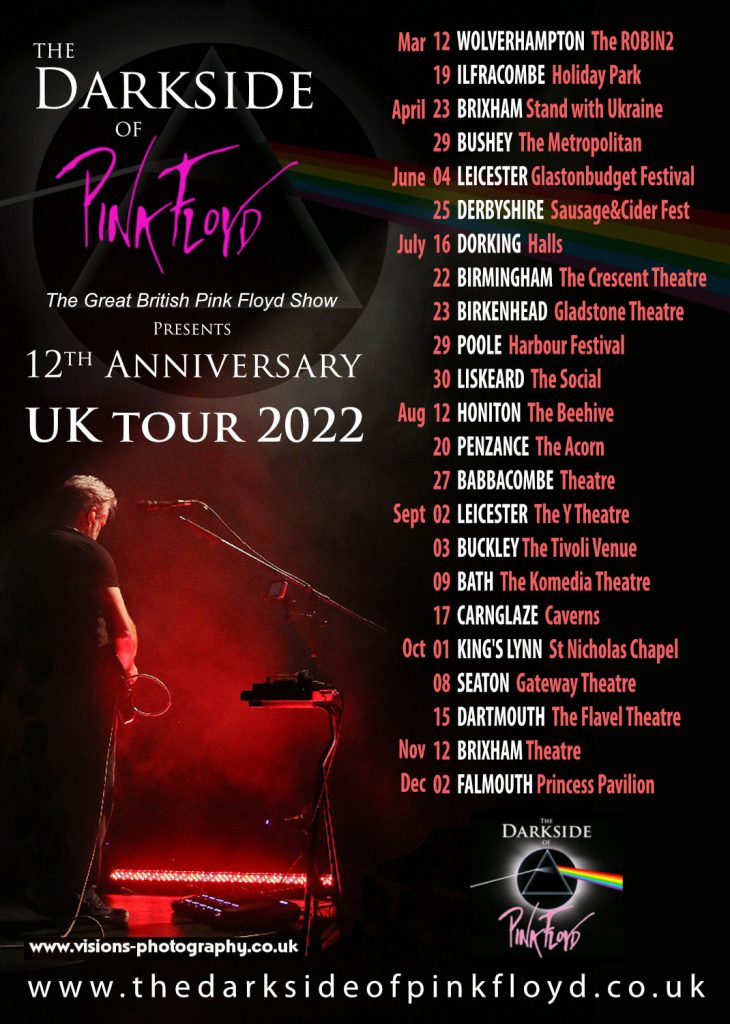 Most of our shows for 2019 were sell-outs so we’re hoping to continue that theme during 2022. Please see the Gigs & Shows Page for all the details

The Darkside of Pink Floyd